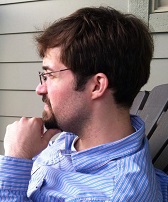 They'd known about his warlock powers, but that hadn't stopped them. And so, after contemplating all possible futures, Jason knew what needed to be done. He summoned up his magickal strength, drawing upon his years of secret training, and with a whisper of the words "No more canon", rebooted the entire Gobeski/Wallace Report universe. He's content with his actions, even if the full repercussions aren't yet fully understood, and currently oversees some of the more distant corners of this new land - which means he may not be present for some time... 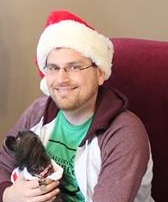 Half of the dynamic team that makes up the Gobeski/Wallace Report, and the man in charge of the editing of the podcast. Although he has attempted several times to gain special radioactive powers via his secret laboratory job, he has not yet been successful. This has led him to take up a number of other pursuits in the meantime, in an effort to fill the emptiness. These include:

Charlie has not yet realized that, in the wake of House of King, the podcast is in fact an elaborate attempt by the grand sorceror and master of disguise Paul Wilcox to get him to reevaluate his life and set reality back on its rightful path. 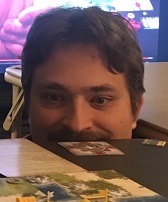 The driving force behind (scheduling) the podcast. Adam's early life is well-documented, with several awards to his name, so suffice to say his intellect exists and that he is peerless in his understanding of Universal Clock-Setting Theory. In his spare time, Adam likes to dedicate himself to completing his life-size statue of the band "Toto" circa 1983 and rescuing improperly-cradled baby chicks. He occasionally feels as if something isn't quite right with the world today - and so Jason King watches him, looking for any telltale signs that he may have figured out what happened... 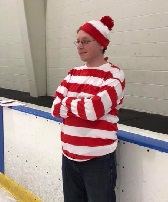 Alex led an idyllic, happy life, filled with a beautiful wife and a darling child, until his happiness was brutally upended one day as he and his family found themselves caught in the crossfire during a shoot-out between two rival gangs. Alex vowed to get his vengeance that day and has since dedicated his life to ruthlessly dispatching all those who would dare to consider a life of crime. This tends to upset his wife and child, who are still very much alive and wondering if he will ever end his one-man quest for justice.

Oh, but he totally takes a timeout to do a podcast from time to time. 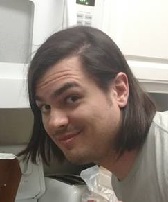 A dedicated public servant, Doug was not only a frequent contributor to the podcast but also the hero of several battles fought in, among other places, Guardiana, Aspinia, the Scarlet Moon Empire, and the Algol system. Tragically, two days before he was due to retire from his position as Police Commissioner (the youngest person ever to achieve the rank), he was cruelly gunned down by a rival Uber driver. Nevertheless, he stubbornly continues to appear on the podcast, gruffly averring that he "prefers retirement to interment" when pressed on his current status as an Undead American. 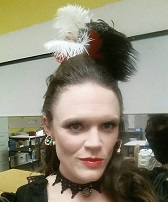 Crime-fighter by day, acclaimed star by night, Brianne leads a heady existence as she liaises with the world's police forces to catch criminals through a special process she calls "examining the evidence". Her diligence hasn't stopped her from becoming a worldwide pop sensation, earning her fans from as far away as Terre Haute, Indiana. Alex, despite being her friend, is always careful not to provide her with any information regarding his current whereabouts. 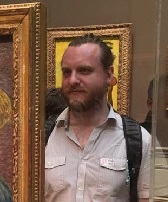 On King Day, when the world changed, Paul was on a different plane of existence and thus was unaffected by Jason's actions. A powerful sorceror in his own right, Paul's abilities as a channeler of spirits are matched only by his desire to set things back on the right course. However, his powers are equal to those of Jason's, and so they remain locked in an uneasy truce. Until such a time as the balance of power shifts, Paul spends his time as a frequent guest, using his powers to bring other guests along and to unravel the mysteries of the Information Superhighway, as he insists on still calling it. 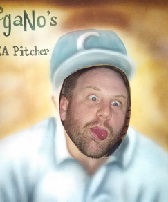 ATTENTION: the whereabouts of Antonio Michaelangelo Enrique Garcia Mortimer Gazpacho "Tony" Huff are currently unknown. If you have any information regarding Señor Huff, please contact the podcast and let us know, as he still owes us $14.59 for pizza three weeks ago.