So there was a time when Charlie and I were college roommates. Coincidentally, around this time Charlie had gotten a shiny new digital camera. Charlie, at this point, had known me for something like 7 years, so you would think he would have known better, but either it wasn't worth hiding his camera from me or he never actually considered it. Which is odd, because I kept filling up his camera's memory with pictures like this: 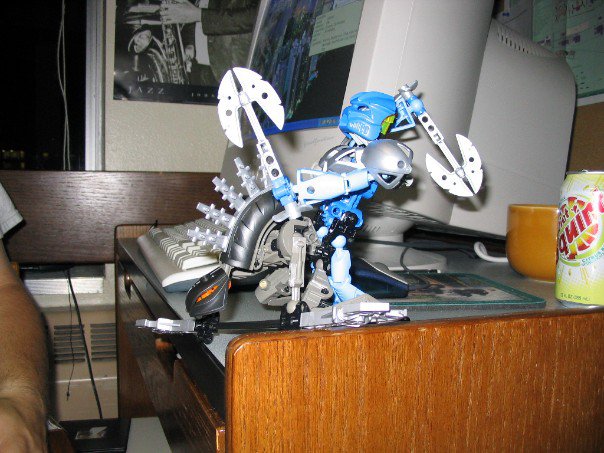 This is not a joke. This is a real picture I took. I'm not proud of this. Well, maybe I'm a little proud.

So, after a period of time where Charlie would come back from class and find his camera filled with pictures of Bionicle sex and close-ups of the inside of my mouth filled with Pepsi, I discovered that not only did his camera take pictures, it took video too. It was like the heavens had opened up. I could fill up his memory card infinitely faster with video than photos! It started out simple: instead of photos of my Pepsi-filled mouth, it was video, usually of me gargling or something. But one day I decided to take it to the next level. I filmed myself doing my best Fonzie impression. Then I had our suitemates do it. Then I found some other people on the floor and had them do it too. Pretty soon I had a substantial number of Fonzie impressions, and something sparked in my brain: This is too good to waste, it said.

Charlie came home to find me on his computer. "What are you doing?" he asked. Actually, I don't know if he asked that since this was five years ago, but it seems reasonable that the conversation went vaguely like this.

"Well I was going to fill up your camera with more pointless photos and video, but it became too cool for that so now I'm editing all the clips together into one movie", I probably said.

The next two weeks were vaguely surreal, in that you could walk down the hall of my floor and hear "Aaayyy!!!" emanating from different rooms at various times. It wasn't huge, but in the limits of our little community I had created an internet meme.

You'd think that that would have created a video-making monster, but it turned out not. The next movie we made was the following year on a day when we were bored. We'd said we were gonna make another movie, but this was apparently the day we were going to do it. So we went around and filmed random things that we thought would be entertaining. First we filmed a ninja attacking us in the woods behind our dorm. Then we filmed a bunch of random people reacting to a ninja. Then we filmed me as a ninja. Somehow (and this is the crazy bit), we took all these pieces and actually made something out of them. So we put it all together in Windows Movie Maker, slapped a title on it, and called it good.

People seemed to like this one too. Actually, to jump forward in time, once, years later, I met someone who was newly arrived to Michigan State University for grad school, who recognized me because of "Shadow Nation". Which is crazy.

So, I'd liked making the movie, but "Shadow Nation" had been a collaborative effort, which was nice but I didn't like that I didn't have complete final say over the movie. So I was gonna make another one that would be all me. It was called "Pool Dreams", and it was supposed to be 30 minutes but ended up being an hour, and I will talk more about it another time.

There was going to be one more movie, but by this time it was even harder to get people involved than the last time. It was supposed to be a romantic comedy except it was by me and I don't really know anything about romantic comedies except that they're fairly formulaic but since I didn't have a formula that wasn't going to be a problem so ours would easily stand out from the rest. 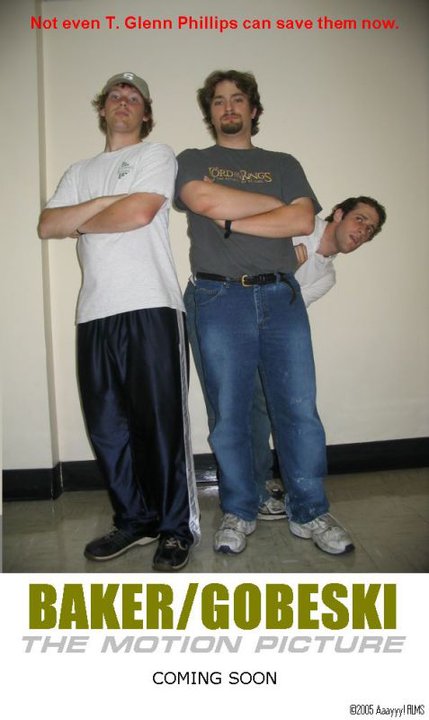 It would have been epic.

Except no one wanted to be the girl. Well, not strictly true. I had one girl lined up, but then she fell out of a tree and broke both her wrists. Then after a little bit I found another girl, but then she got a boyfriend and started to have second thoughts about starring in a romantic comedy with someone who wasn't her boyfriend, so she dropped out too, and then no one else was willing, and so the movie was quietly shelved.

And that was the end of the movie career...FOR NOW.